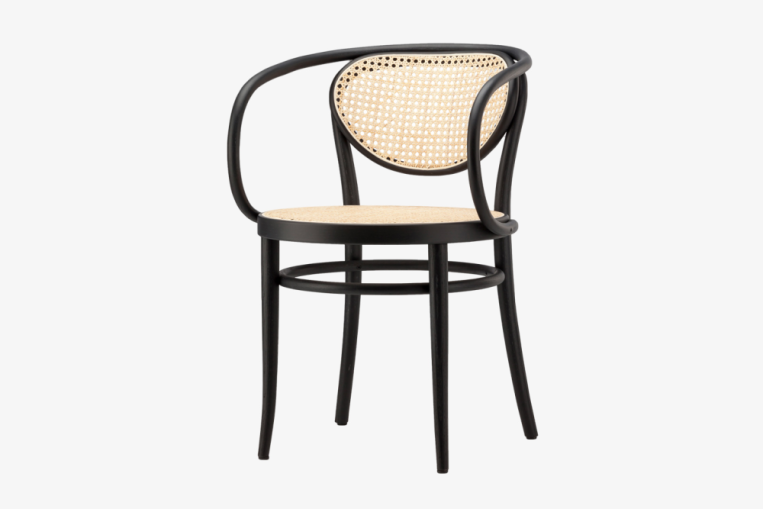 This elegant bentwood classic is a masterpiece

This elegant bentwood classic is a masterpiece in its construction and production: the projecting frame that forms both the backrest and armrest is bent into its form from a single piece of solid beech wood. Like the original model of all bentwood chairs, no. 214, chair no. 209 also consists of only six parts. Due to its aesthetic reduction in combination with the organic form, it almost looks like a sculpture. Swiss architect Le Corbusier was fascinated with it and used it in many of his buildings, for example the Weissenhof Estate in Stuttgart in 1927. He confirmed that "... this chair has nobility." It is produced in our Frankenberg facility.

Open back or with backrest. Seat and backrest with cane work or covered with leather or fabric. Seat also available as moulded plywood seat. All wooden parts in stained beech. Also available in "Pure Materials" versions.

Michael Thonet’s sons, Franz, Michael junior, August, Josef and Jakob, joined the company Gebrüder Thonet in Vienna in 1853. After Michael Thonet’s death in 1871, they jointly managed the company. They developed new machines and work processes and presented numerous additional developments and new furniture designs. At around the turn of the century, the third generation of Thonets then became active in the company: Karl, Julius, Theodor, Alfred, Victor and Richard also designed a wide range of new furniture and products over the course of their activities.